Tick-borne diseases pose a serious threat to the health of dogs throughout Huntersville and Mecklenburg County. Symptoms of these conditions can be painful and even be life-threatening for your pooch. Our vets explain more about tick-borne illnesses in dogs.

The health of thousands of dogs across the US are impacted every year by a range of tick-borne diseases. These conditions can produce some very serious and painful symptoms for your pet. Some conditions spread by ticks can even be fatal for your pet.

Ticks are able to transmit a single type of organism or multiple organisms to your dog through a single bite (coinfection), allowing different organisms to work together to release toxins and trigger your dog’s immune system.

Once these organisms find their way into your pet they invade your dog's cells and hijack their immune system. Some of the organisms spread by ticks are even capable of helping each other to survive inside your pet's body, which can lead to recurring or chronic infections.

Conditions spread by ticks result in your dog's organs and tissues becoming infected and inflamed, resulting in a myriad of symptoms. In some cases, symptoms may not appear until several weeks after your pet has become infected with the disease.

There are a number of tick borne illnesses seen in dogs across North America. In some cases these diseases are spread by ticks that dogs encounter near home, in other cases, these diseases have been contracted by the pet while away from home (often while on out of state camping trips with pet parents). Below are some of the most common tick borne diseases diagnosed in Memphis area dogs.

Although Canine Bartonellosis is less common than some other tick-borne diseases we see in dogs, the symptoms of this disease can be very serious. Some of the earliest signs of Canine Bartonellosis include intermittent fever and lameness but left untreated this condition can lead to serious conditions such as heart or liver disease.

Rickettsial organisms are bacterial obligate intracellular parasites that can be spread by infected ticks. Rickettsial bacteria can cause a number of illnesses in dogs including Rocky Mountain Spotted Fever, Ehrlichiosis and Canine Anaplasmosis. Bacterial diseases such as those listed below can be very challenging to diagnose. Multiple tests or rounds of treatment may be needed before a definitive diagnosis can be determined for your dog's symptoms.

There are a number of different ticks that can transmit Canine Ehrlichiosis, including the American dog tick, brown dog tick and the lone star tick. Symptoms of this condition typically begin to appear about 1 -3  weeks after your dog has been infected and may include fever, poor appetite, nose bleeds, and bruising. Early diagnosis and treatment are the keys to the successful treatment of Canine Ehrlichiosis. Treatment can be more challenging in dogs that develop chronic symptoms of the disease.

The most common symptoms of Canine Anaplasmosis are much the same as other tick-borne diseases and include lethargy, loss of appetite, stiff joints, fever, diarrhea, and vomiting. In severe cases, however, Canine Anaplasmosis can lead to seizures in dogs.

Also transmitted by ticks are Protozoal intracellular parasites. These organisms make their home in the dog’s red blood cells are the cause of the Protozoal diseases listed below.

Canine Babesiosis is primarily spread through the bite of infected brown dog ticks or American dog ticks. However, this condition can also be spread through the bite of an infected dog, contaminated IV blood or transferred from a pregnant mother to her unborn puppies through transplacental transmission. Canine Babesiosis causes the breakdown of red blood cells, resulting in symptoms such as jaundice, pale gums, lethargy, dark-colored urine, and in some cases generalized weakness and vomiting.

Although Canine Hepatozoonosis is a tick-borne disease, your pet could contract the disease by eating another infected animal such as a rodent or bird. Dogs infected with this disease will often show mild symptoms or no symptoms at all. That said, depending on the strain of the disease more severe cases can lead to symptoms that can seriously impact your pet's mobility such as muscle, bone, and/or joint pain. Other symptoms of Canine Hepatozoonosis include fever, pale gums and skin, and enlarged lymph nodes.


Treatment for Tick-Borne Disease in Dogs

Dogs diagnosed with tick-borne illnesses are typically treated with broad-spectrum antibiotics. While your dog is undergoing treatment with antibiotics your vet may also recommend giving your pup probiotics to prevent gastrointestinal issues.

Recurring tick-borne conditions can be challenging to beat. Even after your dog appears to have recovered, regular blood work may be necessary in order to detect recurrences as early as possible.

Whenever your dog has been in areas where ticks are known to live such as farmland, forests, or areas with tall grass, be sure to inspect your dog's skin for ticks as soon as you get home.

Examining Your Dog For Ticks

Most ticks are dark brown or black in color and fairly large once they have begun to feed. An online search should help you to learn what ticks in your area look like and where they are typically found.

Ticks need to be removed carefully to protect your pup's health. Contact your vet for instructions on how to properly remove ticks from your dog's skin.

Note: The advice provided in this post is intended for informational purposes and does not constitute medical advice regarding pets. For an accurate diagnosis of your pet's condition, please make an appointment with your vet.

Are you concerned that your dog might have a tick-borne condition? Contact us today to book an examination for your canine companion. 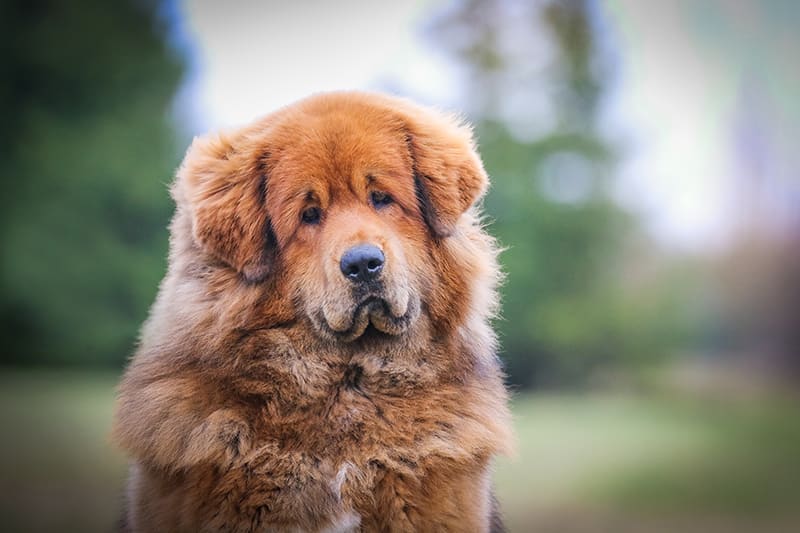 Looking for a vet in Huntersville and Mecklenburg County?

If you have found a suspicious l bump on your dog's skin, it's always best to have it examined by your vet. In today's post, our Huntersville vets discuss common skin cancers in dogs.

Dogs, much like their adoring humans, can suffer from problematic seasonal allergies although their symptoms are quite different. From itchy eyes to hair loss, today our Huntersville vets discuss the symptoms of seasonal allergies in dogs and what you can do to help your pooch feel better.

All About Urinalysis for Dogs & Cats

At LakeCross Veterinary Hospital in Huntersville our vets believe that educating our clients plays a key role in helping them become outstanding pet owners. So today, we discuss urinalysis for dogs and cats, why it's an important test and how to understand your pet's urinalysis results.

What You Need to Know About Parvo in Dogs & Puppies

Parvovirus is a highly contagious, often deadly, virus that spreads very quickly between dogs through direct contact or contact with contaminated items such as toys or bowls.  Today our Huntersville vets share facts about parvovirus and how to protect your canine companion.